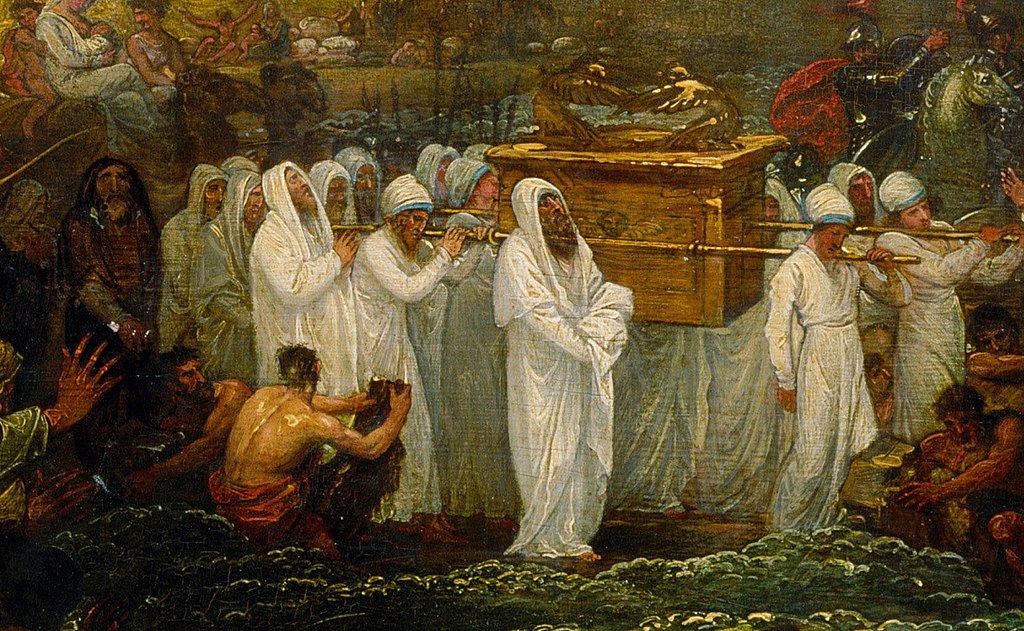 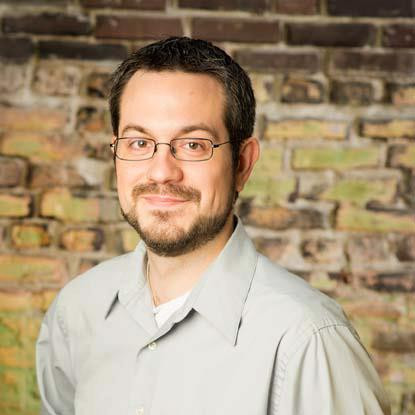 Image credit: Benjamin West - Joshua passing the River Jordan with the Ark of the Covenant (source)

[Back to Scripture Notes Index]

Joshua (יְהוֹשׁוּעַ): Hebrew for “The Lord is salvation/help” (yehoshua, variant of Yahweh)

The book of Joshua was written by multiple authors (or schools of thought) over different time periods. As a result, there are contrasting views about the settlement and inheritance rites. Contrasting views in the Bible is actually one of its strengths as it asks the reader to dig deeper and discover these influences, consider different points of view, and avoid reductive, singleton interpretation.

Joshua: A type of Moses

The following are devotionals (spiritual interpretations/readings) on specific scriptures in the book of Joshua.

Courage in the face of fear

“Be not afraid” in v9 - Hebrew behind “afraid” here (עָרַץ) also translated to:

It is important to consider how fear affects our faith. Courage doesn’t mean absence of fear but our facing it with hope.

7 For God hath not given us the spirit of fear; but of power, and of love, and of a sound mind.

How can we overcome fear?

26 But the Comforter, which is the Holy Ghost, whom the Father will send in my name, he shall teach you all things, and bring all things to your remembrance, whatsoever I have said unto you.
27 Peace I leave with you, my peace I give unto you: not as the world giveth, give I unto you. Let not your heart be troubled, neither let it be afraid.

5 And Joshua said unto them, Pass over before the ark of the Lord your God into the midst of Jordan, and take ye up every man of you a stone upon his shoulder, according unto the number of the tribes of the children of Israel:
6 That this may be a sign among you, that when your children ask their fathers in time to come, saying, What mean ye by these stones?
7 Then ye shall answer them, That the waters of Jordan were cut off before the ark of the covenant of the Lord; when it passed over Jordan, the waters of Jordan were cut off: and these stones shall be for a memorial unto the children of Israel for ever.

Book of Joshua relies on doctrine of Herem from Deuteronomy. Herem is translated as “utterly destroyed” which appears 5 times in Deuteronomy and 14 times in Joshua. It is important to note that from a modern, historical perspective archeological evidence of the activities described in Joshua as actually happening in the cities/regions described does not accord either generally or specifically. Some scholars see this text as an ancient propaganda text color a people’s origins as powerful and conquering.

“The story of the conquest and settlement as it now appears in the book of Joshua is a literary, ideological construct, the result of many editions, revisions, and additions, reflecting changing concepts of the fulfillment of the divine promise of the land over a long period of time.” (Source: The Jewish Study Bible - Second Edition, Jewish Publication Society, Oxford University Press 2014)

Understanding this should impair interpretations which seek to justify violent conquest in the name of God.

This is an ideology shared with other Near East cultures of the era influenced by the legal code of eye for an eye - which predates Israel in Code of Hammurabi (Babylonian code of law of ancient Mesopotamia - 1754 BC). It is important to note that “eye for an eye” was a way to limit justice based on retribution where the retribution was often greater than the crime (e.g. You broke my fence, so I’ll burn your crops.)

The role “herem” plays in Joshua, interpreted literally, can be deeply troubling as it justifies genocidal activity. This brings up serious, existential questions about justice, mercy, the problem of evil, violence, peace, revelation, authority, and God’s role in all of it. A temptation, which comes from a literal or inerrant interpretation of scripture, is to see God justifying genocide, infanticide, ethnic cleansing, or total war. But, from a Christian perspective, there’s an important contrast to draw here as we reflect on the covenants Jesus asks us to live by.

Note that my intent here isn’t to villainize the ancient Israelites - they are answerable to God, not us. There is serious scholarly/historical debate about the historicity of the book of Joshua, but there’s a danger in studying the Old Testament as a Christian when we forget that we are not bound by their covenants. Jesus brought a new covenant and he explicitly points out that it is to contrast with and fulfill or replace the old one.

So, returning to the doctrine of “herem” in Deuteronomy and Joshua, here’s a comparison with that and how Jesus compared his new gospel covenant to it. Note that when Jesus says “you have heard that it had been said”, Jesus is explicitly citing these very scriptures as a means of contrasting his new covenant with them:

Herem (“utterly destroy”)
Jesus’ New Covenant
“Thou shalt smite them” (Deu 7:2)
"whosoever shall smite thee on thy right cheek, turn to him the other also.” (Matt 5:39)
"thou shalt make no covenant with them, nor shew mercy unto them” (Deu 7:2)
"Blessed are the merciful: for they shall obtain mercy.” (Matt 5:7)
"Judge not, that ye be not judged.” (Matt 7:1)
"Thou shalt surely smite the inhabitants of that city with the edge of the sword… And thou shalt gather all the spoil of it into the midst of the street thereof, and shalt burn with fire the city” (Deu 13:15)
"Blessed are the peacemakers: for they shall be called the children of God" (Matt 5:9)
(from modern LDS scripture) “For if ye will not abide in my covenant ye are not worthy of me. Therefore, renounce war and proclaim peace…” (D&C 98:15-16)
"ye shall destroy their altars, and break down their images, and cut down their groves, and burn their graven images with fire. For thou art an holy people unto the Lord thy God: the Lord thy God hath chosen thee to be a special people unto himself, above all people that are upon the face of the earth.” (Deu 7:5-6)
"You have heard that it had been said: You shall love your neighbor, and hate your enemy. But I say unto you, love your enemies, bless them that curse you, do good to them that hate you, and pray for them which despitefully use you, and persecute you” (Matt 5:43-44)
“thine eye shall not pity; [but] life [shall go] for life, eye for eye, tooth for tooth, hand for hand,foot for foot.” (Deut 19:21)
"You have heard that it had been said: An eye for an eye, and a tooth for a tooth. But I say unto you, that you resist not evil: but whosoever shall smite you on your right cheek, turn to him the other also” (Matt 5:38)
"cast out many nations before thee, the Hittites, and the Girgashites, and the Amorites, and the Canaanites, and the Perizzites, and the Hivites, and the Jebusites” (Deu 7:1)
Parable of Good Samaritan (Luke 10:25-37) - see “Jews and Samaritans” below

So, with this view, we have a kind of progression of covenants:

We also can look at the results of violent actions. What happened after Jews conquered Canaan? … when Jaredites in the Book of Mormon waged total war? … when Nephites waged total war? … when early Mormon settlers raised up arms in the 19th century? Violence leads to violence. This thinking destroyed the Jaredites and Nephites. The Book of Mormon and Doctrine and Covenants grapples with this struggle between violence and righteous defense and gives multiple solutions: pacifist protest, or limited violent defense after persistent forbearance.

When discerning even prophetic/authoritative words, Jesus asks us to “hang all the law and the prophets on the two great commandments” to love God and love our neighbor as ourself. All revelation, law, policy, doctrine, advocacy, etc. must pass through this and Jesus’ teachings in the Sermon on the Mount.

We ought to be extremely cautious in justifications that thinks that God’s extermination of Canaanites is good and just as that will also require our justifying God’s treatment of virgin women and children as spoils of war against Midianites. In the era Joshua portrays, total war was about preventing a foreign male army from rising up. In the first chapter of the book of Exodus, Pharaoh gives the same reason for throwing male Israelite babies into the Nile to drown.

While it is not our place to judge ancient peoples and we should avoid presentism, understanding the mythological influences in Joshua and a commitment to high laws of morality (whether in Christianity, Judaism, or other world views) should avoid our justifying religiously-motivated violence in our day. The patience, wisdom, and discernment necessary to read and value the sometimes rebarbative texts in the Bible can be a practice which pays dividends in how we read and value the sometimes rebarbative world today.

Jews and Samaritans (at time of Christ)

Beyond Jesus’ Sermon on the Mount, Jesus chose a marginalized, even villanized, group (the Samaritans) to be the protagonist in one of his parables:

Many of the justifications for war laid out in Joshua are encapsulated in the tensions between Jews and Samaritans in Jesus’ day.

“This world needs the scriptures today. Before the coming of the Savior, it was necessary that all God’s children be tutored in the preparatory law of Moses, which allowed “an eye for an eye, and a tooth for a tooth.” Many in this world still live by that fearsome code, and the evidence of it is around us.

We boldly declare that the answer to the terror, destruction, and even genocide of these last days is found in the scriptures. The gospel in the Old Testament is fulfilled in the New Testament. The prophecies in the Bible came to pass in the Book of Mormon. The Doctrine and Covenants and Pearl of Great Price bear witness of the fulness of the gospel which is now upon the earth.

From Genesis to Malachi and from Moses to Abraham, it was prophesied the Savior would come. From the books of Matthew to Revelation, from Nephi to Moroni, and from Joseph Smith to our beloved living prophet, President Gordon B. Hinckley, the prophets all testify that Jesus Christ, the long-awaited Messiah, has come and will come again. In Him “old things are done away, and all things have become new.” Through the holy scriptures, His new and everlasting gospel proclaims: “Love thy neighbour as thyself.” “Love your enemies, bless them that curse you, do good to them that hate you, and pray for them which despitefully use you.” “Of you it is required to forgive all men.” For this is the gospel of our Savior, who is anointed “to heal the brokenhearted, to preach deliverance to the captives, and … to set at liberty them that are bruised.”

“The mass-murders of the twentieth century are among the bloodiest crimes ever committed against humanity. We can hardly comprehend the magnitude of the Nazi holocaust murders of over five million Jews in Europe, Stalin’s purges and labor camps that killed five to ten million in the Soviet Union, and the two to three million noncombatants who were killed or who died of hunger in the Biafran War. (See Isidor Walliman and Michael N. Dobkowski, eds., Genocide and the Modern Age, New York: Greenwood Press, 1987, p. 46; The Nation, 6 Mar. 1989, p. 294, 7/14 Aug. 1989, p. 154.) All of these slaughters, and others like them, were rooted in the ancient wickedness Satan taught—that a man could murder to get gain. (See Moses 5:31.) The mass-murderers of this century killed to acquire property and to secure power over others.”