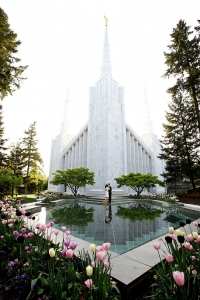 Our 10 year anniversary at the Portland Temple

If you attend LDS worship services for a period of time, you’ll begin to see in often quoted scriptures what I call the “aesthetics” of LDS belief. “Men [& women] are that they might have joy” (2 Ne. 2:27), “the glory of God is intelligence” (D&C 93:36), “this is my work and my glory—to bring to pass the immortality and eternal life of [mankind]” (Moses 1:39), the Articles of Faith, etc. These form a kind of aesthetic, that colors our beliefs and practices.

I believe LDS aesthetics mainly come not from belief in particulars, but from behavior and attitudes that transcend creeds. Finding ways to create joy, gaining intelligence, seeking immortality and eternal life, etc. These are examples of the unifying power of covenants. Creeds try to start at correct belief in particulars and derive Godly behavior. Covenant faith uses behavior and attitudes as tools that reveal correct belief when practiced. It is in the living of the covenant faith in Mormonism that its enduring aesthetic is found. And this opens the door to an infinite variety of opinions and world-views within the domain of the gospel.

This is a different epistemological mode than what is used secularly. But it seems to be the mode Christ emphasized with regards to the treatment of the faith He revealed:

“Whoso eateth my flesh, and drinketh my blood, hath eternal life; and I will raise him up at the last day.” (John 6:54)

“If any man will do his will, he shall know of the doctrine, whether it be of God, or whether I speak of myself.” (John 7:17)

“If ye continue in my word, then are ye my disciples indeed; And ye shall know the truth, and the truth shall make you free.” (John 8:31-32)

All of this points to this main theme: Mormonism isn’t found through spectatorship; it is found primarily through discipleship. It isn’t something to derive or merely think about; it is something to be lived, brought to life. It’s similar to music written on a page. Its beauty isn’t discovered until it is rendered and expressed anew. Someone can study the page of music by itself, but until they go about playing it, they (and those around them) won’t understand its beauty and purpose. Music and covenant faith exist to be rendered, not abstractly systematized. The music provides an aesthetic domain, and the diversity of its renderings provides the variation of that domain. 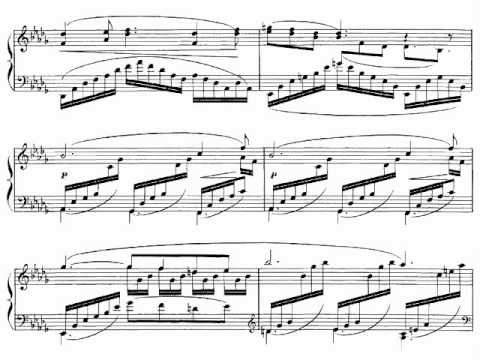 This isn’t to say beliefs aren’t important. Beliefs are there to help us accurately understand and model the world and universe around us. And incorrect beliefs have real consequences on behavior. But what I believe Joseph Smith worked to restore was a religion that provides a robust, shared meaning in covenants around which can be afforded a diversity of beliefs in particulars.

“The most prominent point of difference in sentiment between the Latter Day Saints & sectarians was, that the latter were all circu[m]scribed by some peculiar creed, which deprived its members the privilege of believing any thing not contained therein; whereas the L. D. Saints had no creed, but are ready to believe all true principles that exist, as they are made manifest from time to time.”

This becomes very empowering for the individual to engage intellectually in beliefs but also offers a strong, shared communal foundation of lifestyle centered on Christ.

This balance is mentioned by Jacob in the Book of Mormon:

Covenants transform faith from mere intellectualism to a pattern of life out of which a domain of different beliefs can be supported. I’m happy to worship alongside conservatives, liberals, socialists, communists, young-earth creationists, secularists, scientists, orthodox, apologist, etc. Meaningful covenant living can find meaningful expression in many more world-views than is often portrayed (or accepted). In fact, I believe this is one of the main points behind the recent “I’m a Mormon” lifestyle videos produced by the LDS Church. They can be a great way to connect with people outside the LDS faith. But they are also calling out to Mormons in the faith to gain a bigger perspective of the possibilities of discipleship.

But covenants do more than that. Beliefs are often abstract or immaterial centered on things. Covenants grapple with the complexities of human relationships. And covenant faith deals not with an idea of God and mankind but with the development of a relationship with God and mankind.

In Mormonism, covenants anchor us to Christ and set us free to live our faith rather than chain us to dogmatism. Covenants are how we have LDS general authorities like Joseph Fielding Smith (among others) on one hand who thought evolution was categorically false and James E. Talmage (among others) on the other hand who believed evolution is largely a sound theory to understand the natural world and our own biology. All were disciples not because of merely what secular opinions they had, but because of how they lived the revealed covenants of God. 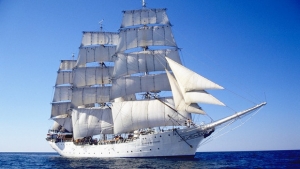 Covenants turn us away from making religion about merely “what to think” and instead emphasizes “how to live”. It’s the shared set of meaning and purpose in that covenant relationship with Christ that can transcend differences in opinion and bind a people together. This is the enduring, systematized aesthetic of Mormonism: practicing the covenant, reconciliatory power of Atonement driven by the winds of continuous revelation. And as I practice that, I find more charity and appreciation for my fellow Mormons (including leaders) who have particular beliefs which I may disagree with. I see their earnest desire to live a Christlike life guided by revelation and my shared desire to do so with them binds us together in a common cause. And this is what harnesses the revelatory winds which will allow us to sail together and discover new places more beautiful than we ever imagined.

Note: This originally appeared in an article titled “Post-secular Mormonism and the Role of Revelatory, Covenant Faith” written by me for the Transfigurist Blog. It elaborates on how I feel post-secularism finds a welcome home in Mormon doctrines due to this primacy of covenant faith.